Jiu Jitsu and Play: What We Can Learn From Dogs

A few days ago, I filmed our dog "Thor" playing with a friend's puppy ("Drako".) There are all kind of important jiu jitsu lessons we can learn from this two minute clip, but the most important lesson wasn't fully captured in this brief snippet - The dogs did this for hours.

Believe it or not, the science of "play" is fairly robust. "Play" is a pretty large, encompassing concept best defined by watching Dr. Stuart Brown's TED talk on the subject (watch it; it's eye-opening.) He's also the founder of the The National Institute for Play and the author of "Play: How it Shapes the Brain, Opens the Imagination, and Invigorates the Soul".

Pay attention to Brown's comments on "rough and tumble" play in the Ted vid. It'll go a long way towards explaining the application of play in the sport of bjj.

All too often, we take jiu jitsu too seriously. We focus on winning medals at tournaments, getting that next stripe on our belts, or finally tapping out our nemesis at our gym. Maybe we're focused on learning to protect ourselves or our family. Or maybe we're preparing for that mma fight in a few months. Or maybe we're just trying to lose those last fifteen pounds from too many Chalupas and discover those abs we haven't seen since tenth grade.

But how often do we just focus on playing?

Is "Play" the Answer to the Sport's Problems?

In the six or seven years I've been doing this sport (yeah, yeah, I know I'm just a "kid" in the sport), I've observed all kinds of serious issues, including:

So how can a focus on "play" fix these problems? Let's break down each one.

How We Manifest "Play"

Shelly, my wife, fellow purp, and the individual responsible for getting me into this sport, was instrumental in planting the seeds of the epiphany that "play" could be transformative in this sport. Basically, we dick around A LOT both inside and outside the gym. We joke. We tease. We laugh. We act silly. We dress up in costumes sometimes. We playfully torture each other. Basically, we don't take ourselves seriously. This is especially true in our hobbies.

Before we started this sport, we ran ultramarathons, which is a brutally-difficult, dangerous sport defined by abject pain, suffering, and agony. In short, it's pretty much always miserable. We tempered this unpleasantness with constant "play." This was us running a 50k in the Marin Headlands in the San Francisco Bay area. 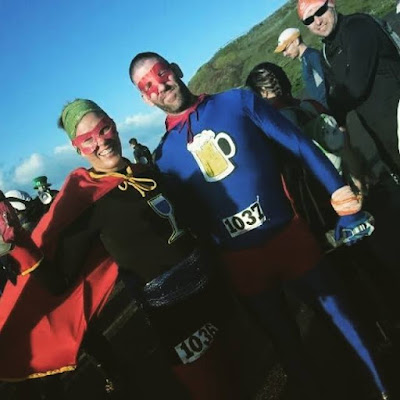 When we started bjj, it didn't take too long to bring that light-heartedness to the mats. Since that time, we've fully embraced our dumbassery. When we're not leading classes, we turn it down a few notches, but still joke around, shit-talk each other, give each other wet willies, and so on.

When we are leading classes, we ramp it up a bit with more jokes (often utilizing adult humor and a complete disregard for political correctness... which means we don't train with the easily-offended), the inclusion of games, "themed" classes, funny music, doing practical jokes (including Shelly's favorite joke when rolling with someone new, they go to knee-on-belly, and she loudly screams "OH MY GOD, MY BABY!"), teasing, and a whole lotta laughing. If we "win", we're humble. If we "lose", we thank and/or congratulate our partner. 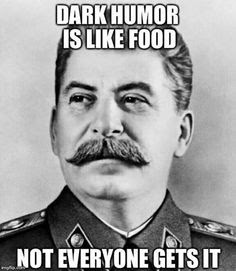 This is the most common question I receive when I talk about play and jiu jitsu. No, it doesn't. For all our dicking around, we are dead serious about our solemn responsibility as stewards of the art. As much as I hate fragile egos, I hate shitty jiu jitsu even more. This is why I always train with the best people I can (who can tolerate aforementioned adult-ish "play" style), I almost always pick the best opponent when rolling (iron sharpens iron... which turns out really is true metallurgically-speaking), and I spend an inordinate amount of time thinking about the art.

There's an idiom in jiu jitsu that earning your purple belt pretty much guarantees you have the requisites of eventually earning your black belt (which is a stupid goal... that'll be a post for another day) unless you get severely injured or time constraints make training impossible. Basically, you've passed the slew of "tests" that cause others to quit. For me personally, "play" is a critically-important part of what has kept me on the mats, and will continue to keep me on the mats. And I suspect a focus on play will keep others in the sport, too.

So there you have it. Play could very well transform the sport and eliminate a lot of the silly problems that chronically plague bjj. As much as I would love to see other people adopting this approach, I suspect there are just too many stoic sticks in the mud to fully embrace the idea. Some of you, though, the folks who are perpetual kids at heart, really need to start learning the lesson from Thor and Drako. If you're one of those exceptions, though, touch base with me! The easiest way is to friend me on Facebook or join the El Diablo jiu jitsu FB group. 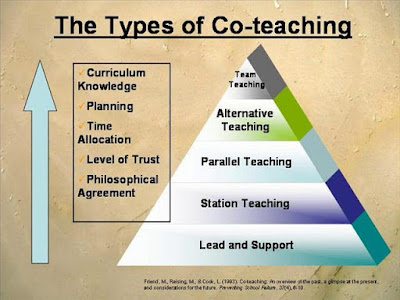